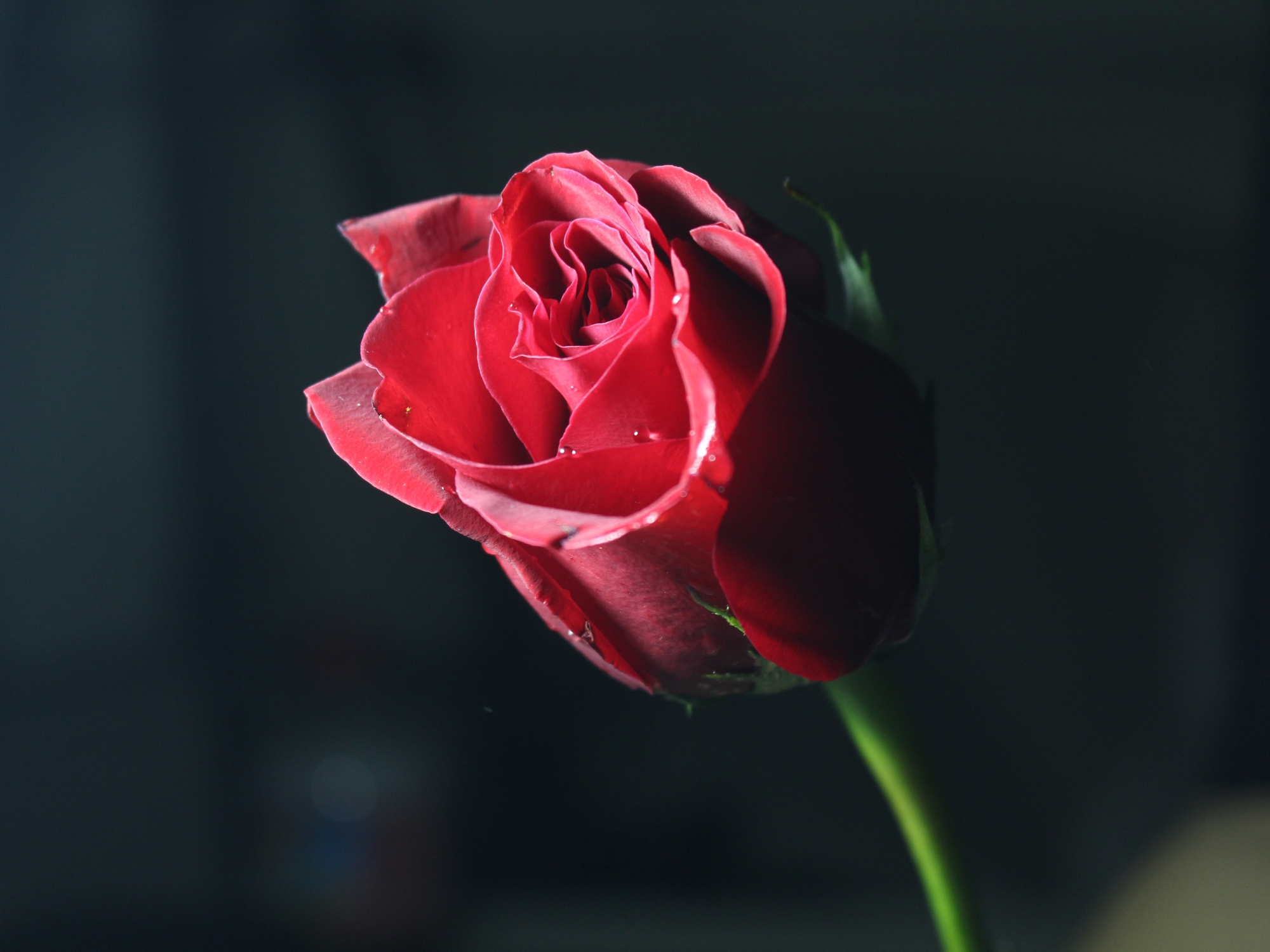 Photography Club was a great time this week. Although the turnout wasn’t as large as I originally hoped, it is nice to have some intimate meetings. There’s less of a cluster that way. We had some activities planned, but ended up just using the techniques in our own less-organized way.

The photos below are of dearest Keyonah (and her puffs… hehe). Prepare to see her in more photos in this particular post. For this photo and some others below, we projected an image (literally searched ‘trippy patterns’ on google images) onto the wall. Keyonah’s shadow ended up making a pretty interesting combination with the background. It almost makes me think it belongs on an album cover. 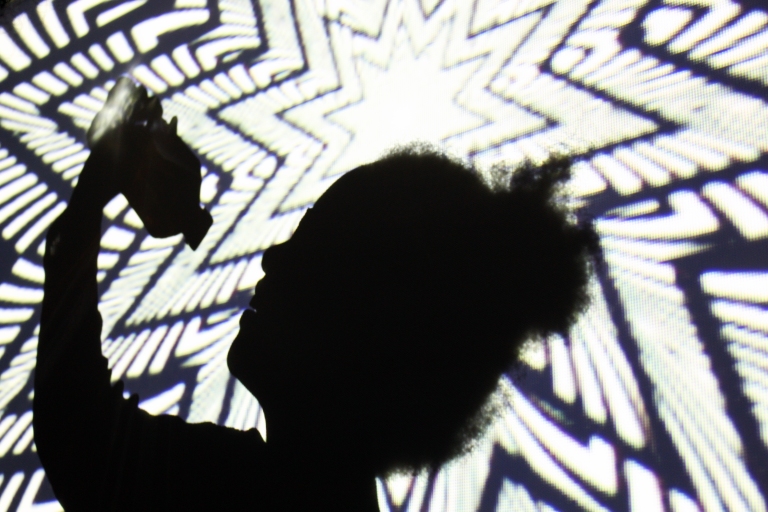 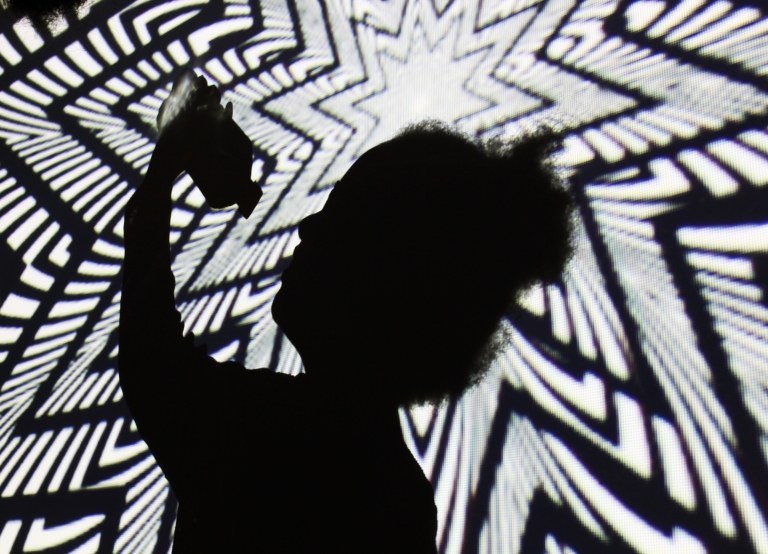 The image below is Mark’s shadow. We found a gif among the ‘trippy patterns’ and with an open shutter, I captured the light movements around the shadow. It reminds me of Christmas lights for some reason, even though it isn’t colorful and doesn’t really look like a bunch of individual lights.

Nadya below. I love this background we projected. That’s her shadow with my picture frame. I bought it at Michaels on Black Friday. Why? I have no idea. It was 50% off and I like it, sure. But did I really need it? No. Well, I guess that’s what happens when you put me next to a good sale. It’s worth making use of for photography, especially if I might not actually use it for anything else for a while. 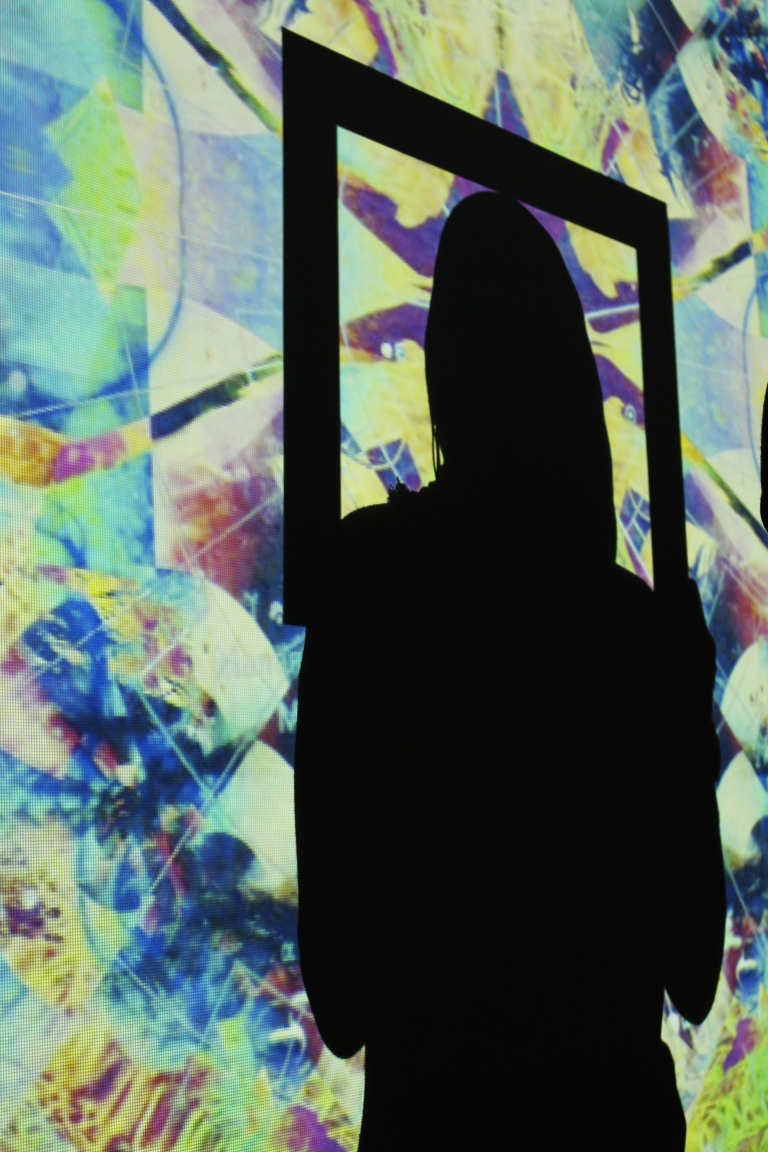 Continued. Nadya looks mad, but I know for a fact that she was not. I guess every captured moment tells a different story, huh?

Keyonah’s hand, the projected background, my picture frame, and nothing much I have to say about it.

Keyonah’s expression looks unamused; I like how it contrasts with the colorful background.

Photograph inception. Keyonah was taking one of me while I was taking one of her. The photo looks black and white. That was totally unintentional, but I probably would have liked it better with the greyscale anyways.

I was playing with photoshop. I used to live for surrealism and photos telling stories through dramatic impact. I decided to channel my inner high school Laura and delve into some photo manipulation.. even if it was just a little. 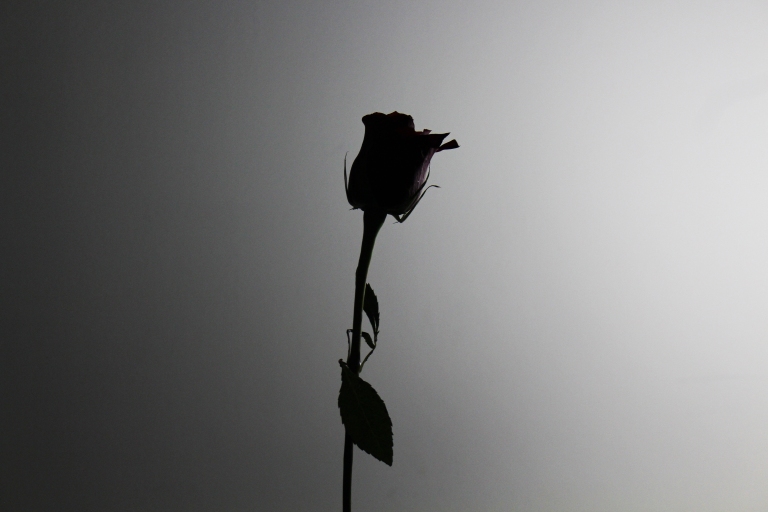 I was doing my best to make sure the light was hitting the rose just right. I wish the shadow was darker, but otherwise, I like how the rest of the image turned out. The green i the rose reminds me both of Kermit the Frog and the Grinch, just saying.

I like how the light here reflects off the pedal. It shows that it is textured rather than too smooth. I only wish the shadow in the front of the flower weren’t so dark so the petals can be seen more.

Another picture of the rose. I am trying to think of creative things to say, but it’s almost 1AM and I am just about too tired to “English” let alone create..

The funny thing is, I fell asleep on my laptop right after writing that. Now it’s good morning! So far it’s not so great with me. I’m sick and every inch of me is in some sort of pain. To make it all better, I have an exam in a couple of hours.. my favorite.

Now, back to photography! I like the depth of field here and the brightness of colors in contrast with the background.

The photo below is my favorite of the night. I just love it. It reminds me that I’m not just President for my dashing good looks (a joke, you’re supposed to laugh).

The photos below are the last two I took for the night. I truthfully do not like them that much the more I look at them. They’re pretty when smaller, but when blown up on my screen, they look too blurry. I decided to post them anyways, because some random person liked one of them on my Flickr, which means that apparently someone actually enjoys the photo. I’m thinking there’s bound to be one person that views this who agrees by liking them.

I’d love to hear your thoughts and comments on my photography. There’s a comment box below!