I was watching my two little munchkins all day, Louie and Simba. They’ve been sleeping mostly, but Simba’s been sick-isa so I have been needing to keep an eye on him. I was already home doing nothing so I figured why not take some pics of my pups? If they’re not sleeping, they’re going nuts! I needed to take advantage of the opportunity which is them remaining mostly still.

Speaking of Simba, there he is! He’s in his paradise.

Simba clearly does not like his picture being taken. I literally burst out laughing when he hid his face from me like this. You will see throughout this selection of images that Simba is not feeling the camera. He avoided all eye contact with it and usually looked in the opposite direction.

Here’s what was going on at the other side of the couch.. another sleeping pooch!

“Okay, Laura. I know I’m photogenic, but you didn’t have to take me by surprise.” Louie looks really frazzled, especially with the way his fur is pressed to his face where he was sleeping.

“Okay, fine. I’ll submit”. Louie was definitely posing for these shots. Either that or he was thinking, “Ugh, I don’t want photos of me taken, but I’m too tired to move.” I love the way the light is reflecting in his left eye. 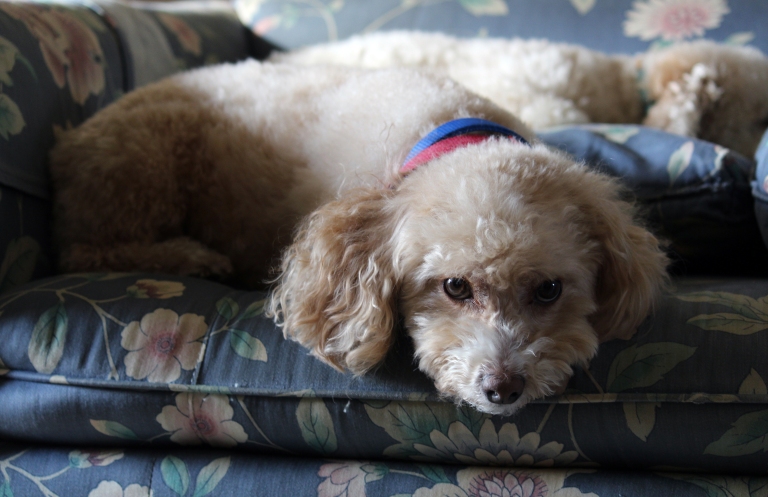 Below is a shot of Simba’s dirty feet. I feel like this image has an appealing composition. Maybe it’s just me. 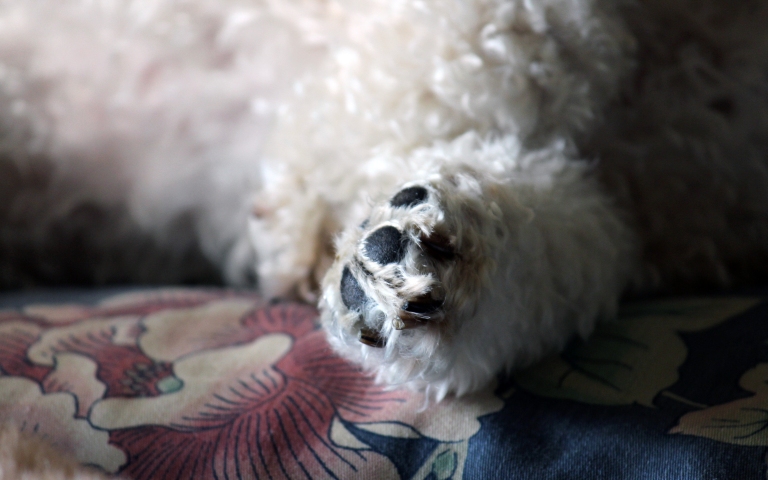 Below are some images of Louie. His poor neck with that collar. It looks so heavy. Then again, trust me, this one’s a runner. He got sprayed with a skunk last week and played in the mud as well. If we didn’t give him that collar, who know’s what he might do or where he would explore.

Ta-da! The collar disappeared. Either that or I felt bad and took it off him.

In the meantime, Simba made himself very comfortable.

My dogs did that thing where they heard someone drive by and got up. This is them when they settled back down… on another couch. Louie looks peaceful and Simba looks like he’s taking a bite of the couch.

Samba’s doing this half-winking thing and I don’t think he realizes it. 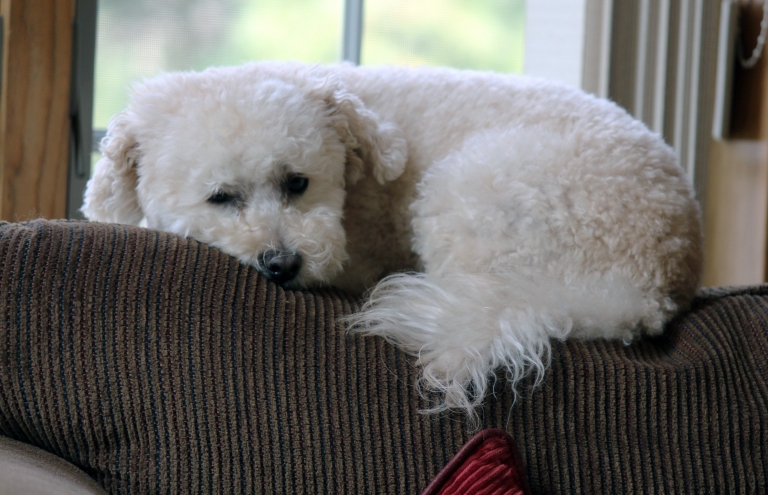 Samba just loves sleeping on the top of the couch. I’m surprised he isn’t more paranoid. He moves so much in his sleep and he could easily roll right off. 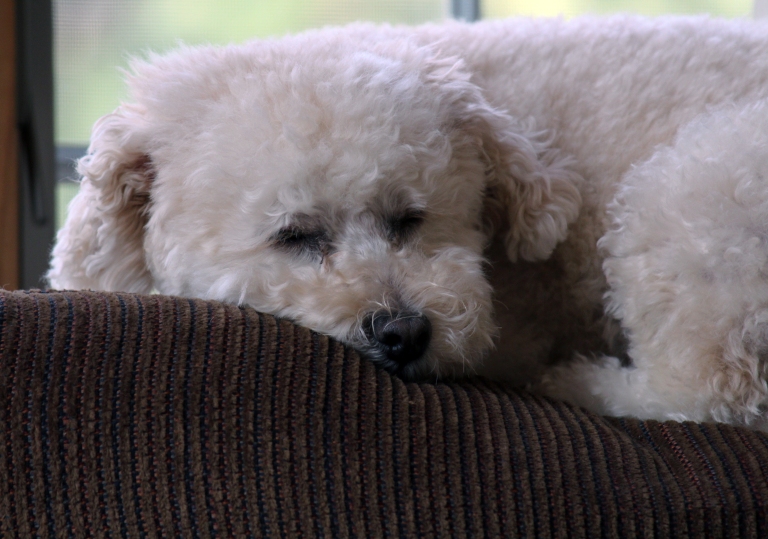 Louie proving to me how photogenic he really is. I get it, buddy, you’re adorable. 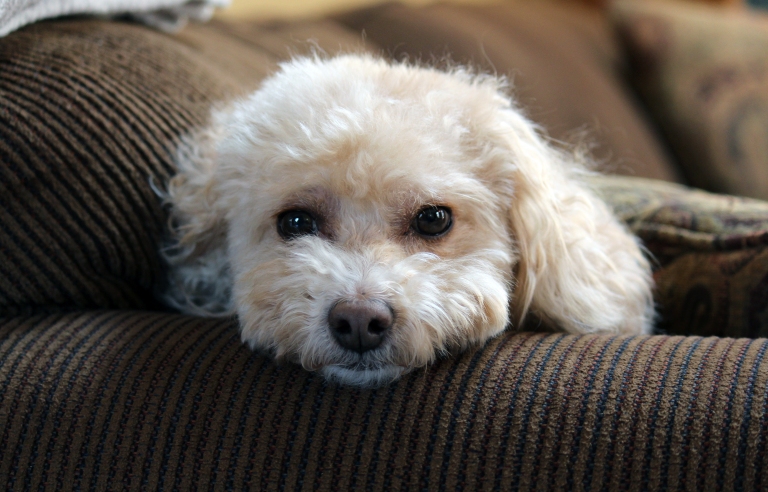 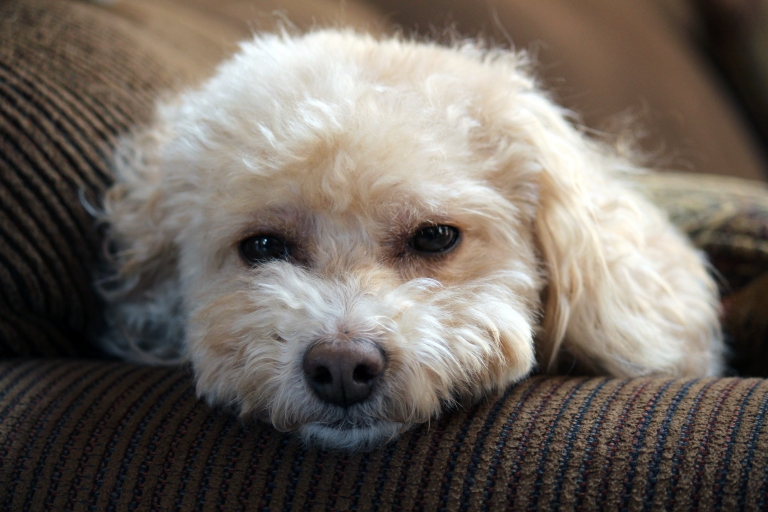 This photo of Simba looks like he’s posing for a photographer at one of those portrait photography studios. 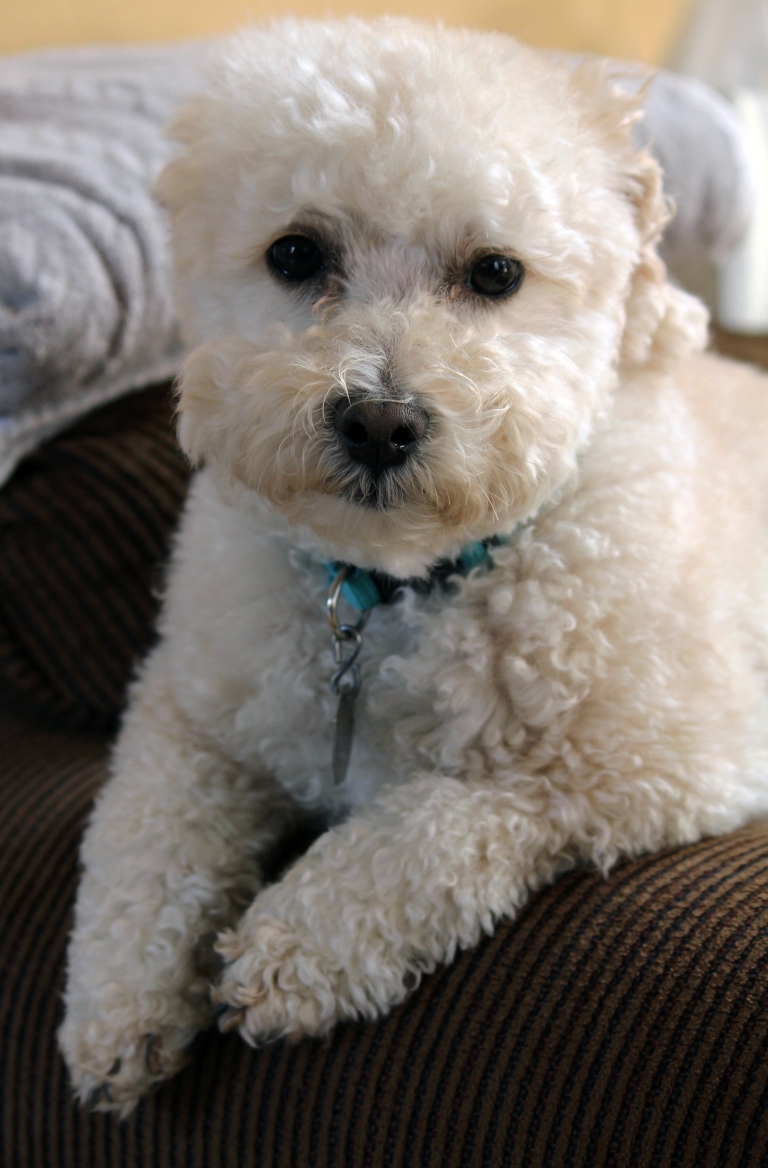 Looking into the distance and from here on avoiding all eye contact.

He’s looking at nothing. Avoiding it.

Hating it, but giving in. 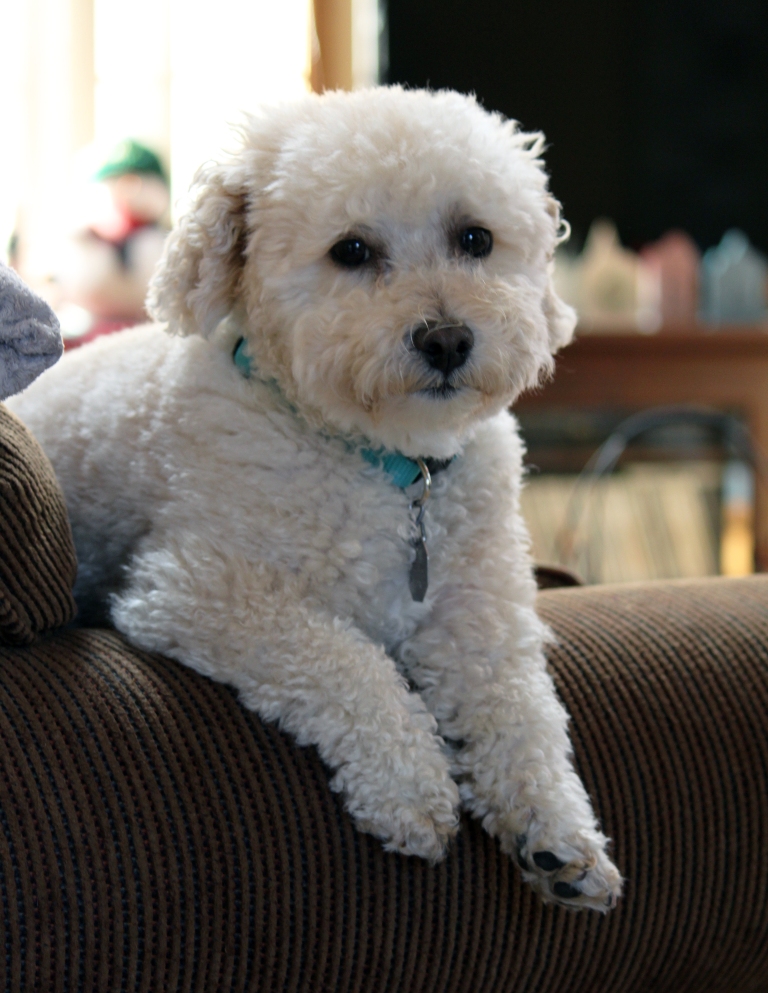 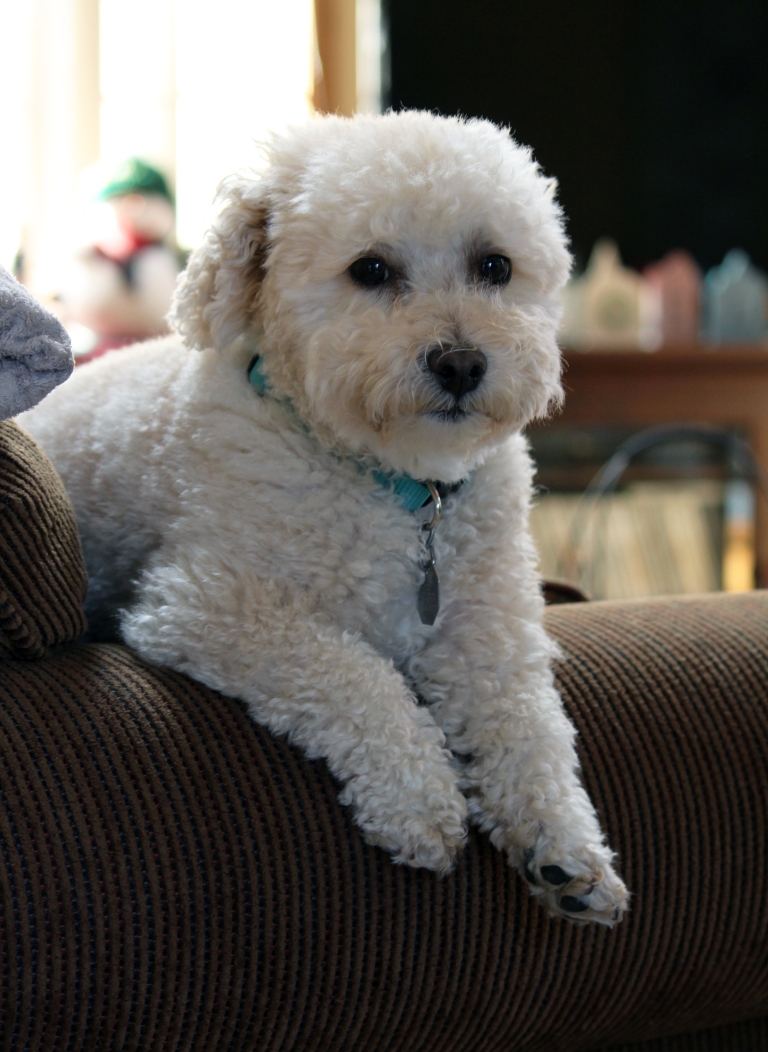 Again, definitely looking at nothing. 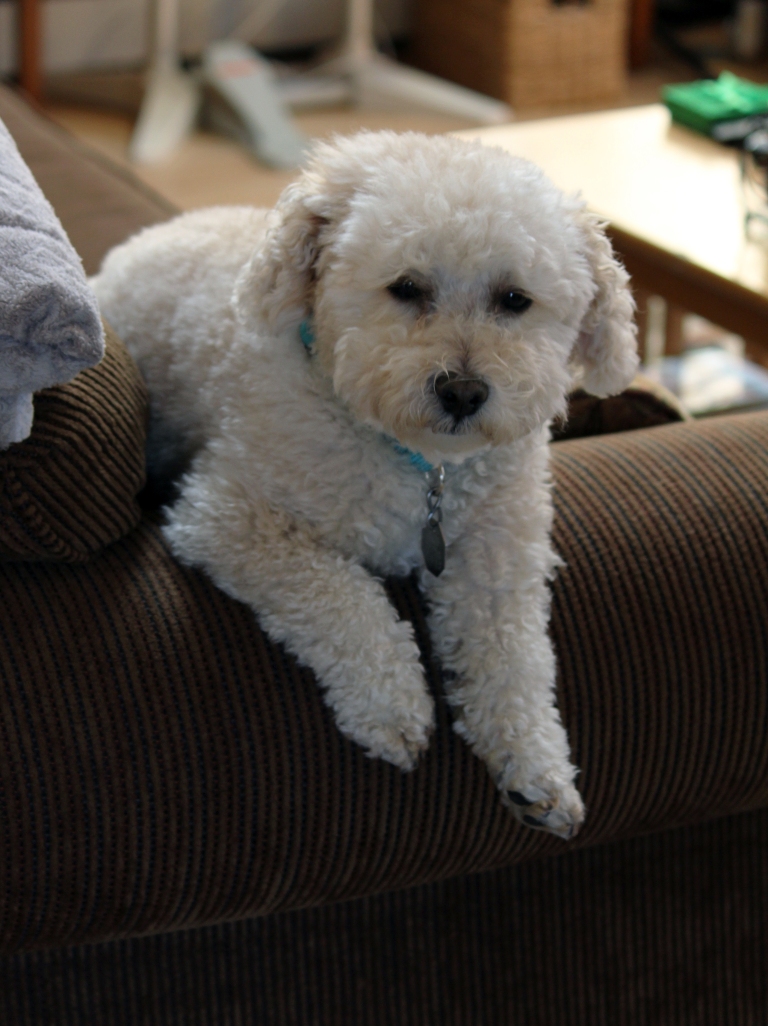 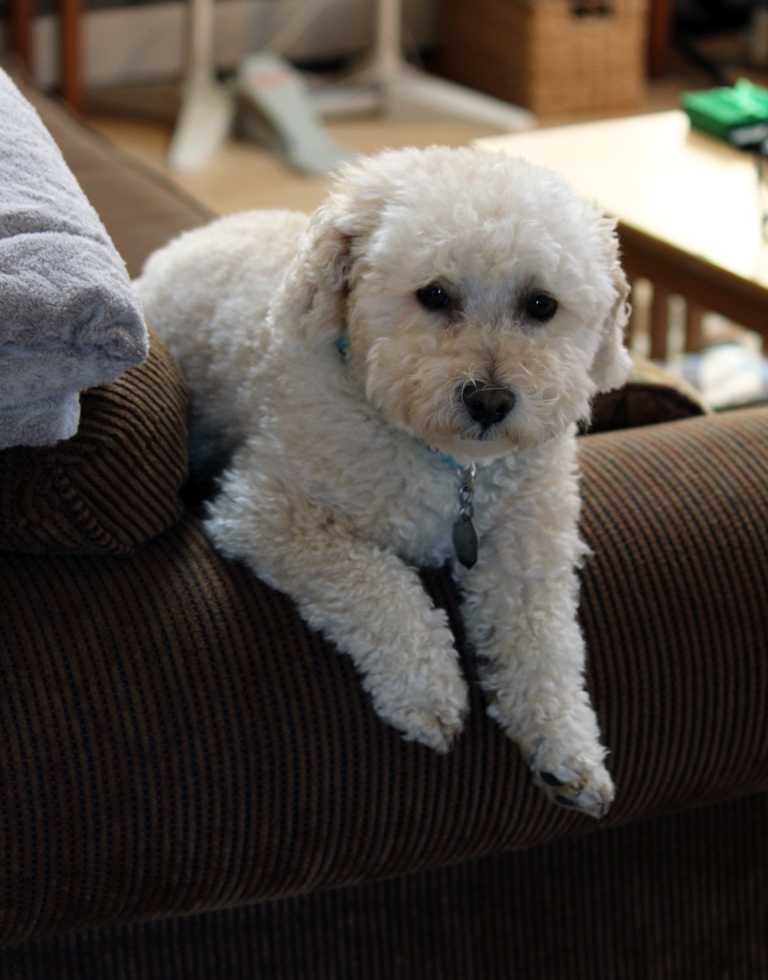 Somewhere in Simba’s little head, he knew this would be the last shot if he cooperated. Thus, he cooperated and this last shot didn’t turn out so bad.