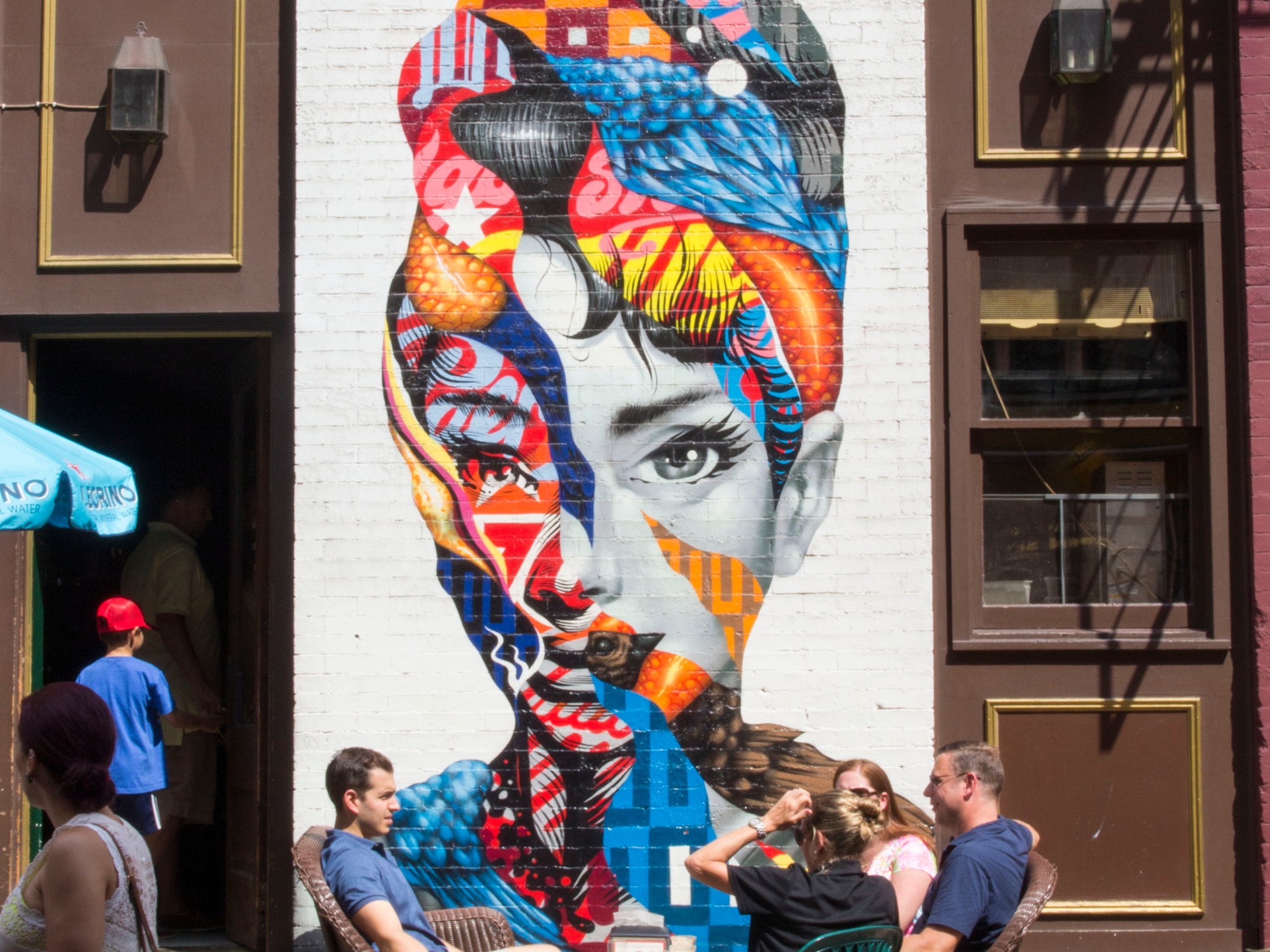 Last week I went to the city once again to visit Sarah and to go on some more adventures. Once again and as expected, it was a great time.

You might be curious why I titled this post “Art Is Everywhere” and I guess one could say that about every post, picture, or word, but I think you’ll find this post is extra “artsy”. (Plus I wanted to title this post more than just a “city, state”)

Our adventure was a little more planned this time thanks to Sarah’s stellar subway navigation skills and museum ideas. After some breakfast, the first stop was the New Museum in Manhattan. I definitely will say this was my favorite out of the two we visited, despite continuously getting yelled at by guards to wear my backpack like a purse on one arm. I will say this rule made lots of sense, but it took a while to sink in on top off subconsciously putting the second strap on.

The top floor was pretty incredible. The room was white, well lit, and had big window doors–it looked like a great place to take portraits. It was not an exhibit, but the simplicity was still admirable, especially in combination with the lookout onto the city. It was gorgeous. Below are some of the rooftop views. 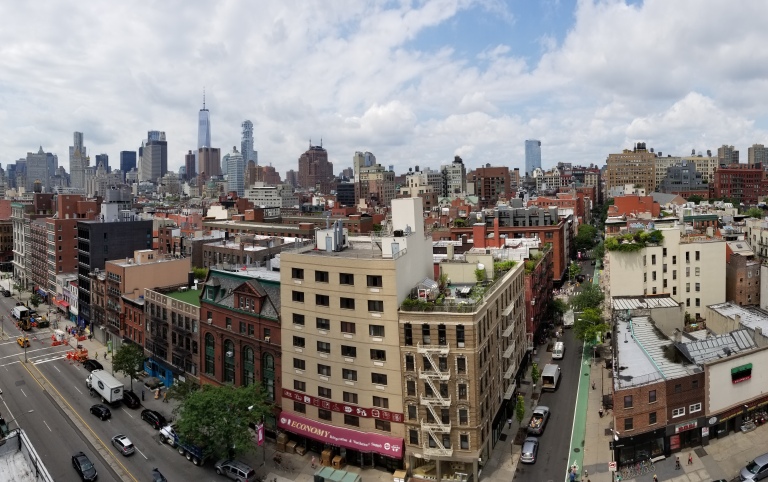 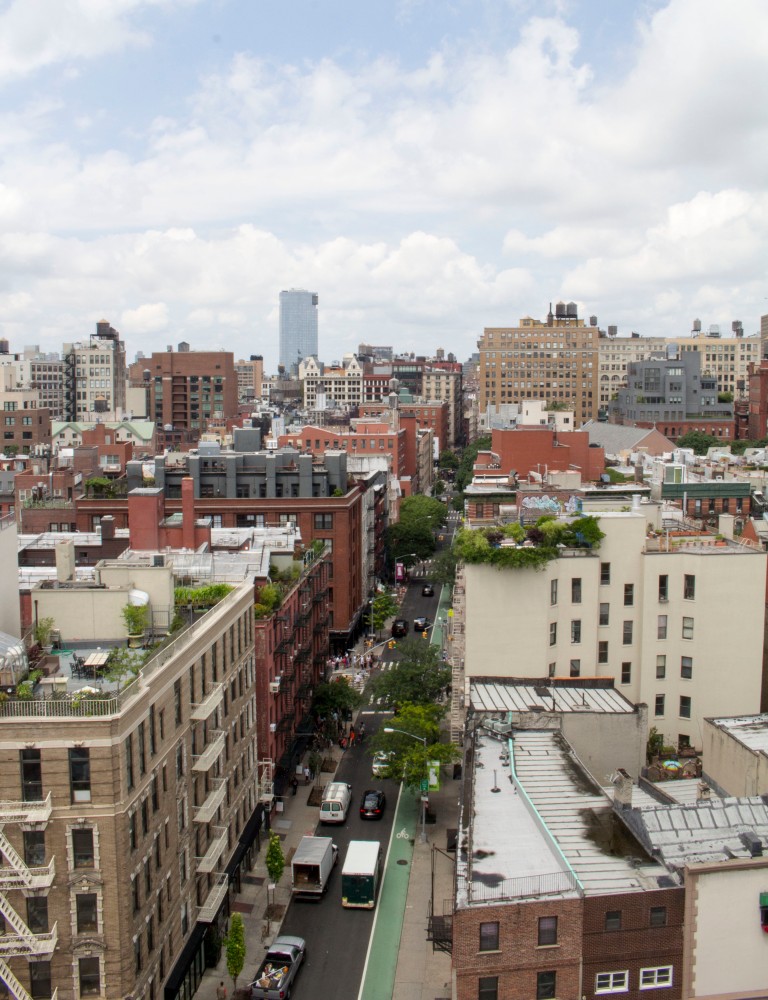 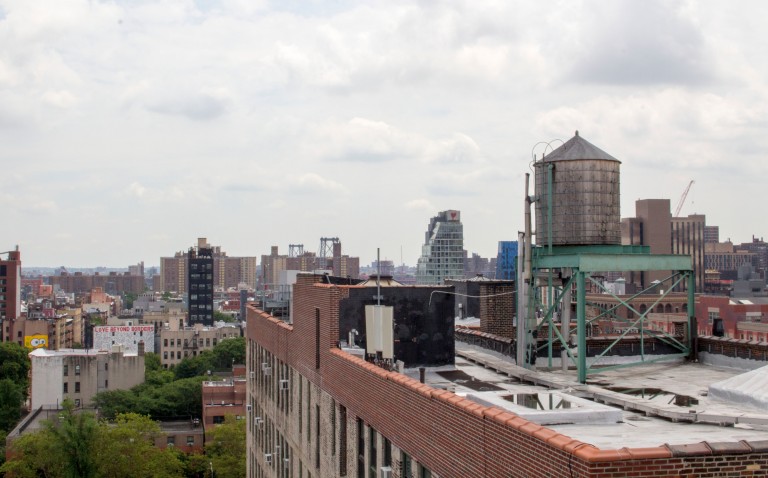 When we went down a floor, there was an exhibit that was a display of papers on a wall, expressing different degrees of exaggerations, sarcasm, and lies. This one was called “Half-Truths” by Paul Ramirez Jonas. When I saw his last name, I immediately thought of the Jonas brothers. A lot of the statements below are comedic, while some are rather serious or thought-provoking, many with political indications.

I naturally took a picture down the staircase.

I like the way the light illuminated in the thin stairway/hallway below, which is what encouraged me to take these photos (feat. Sarah).

I took this shot through a window. I loved the way the windows reflected the sky.

This image is one of the couple I took of “Good Thing You Are Not Alone” by Kaari Upson. In the sculpture, she had lots of Idiot Guides stacked on top of one another in different spots on one of those Costco-style shelves. The rest of this exhibit was extremely interesting and thought-provoking. It incorporates elements of trauma, overconsumption, and things that haunt the subconscious. It incorporated some large drawings, videos, and sculpture. I don’t want to give it away, but I know the exhibit will be there for a while longer in case you’re interested in seeing more. 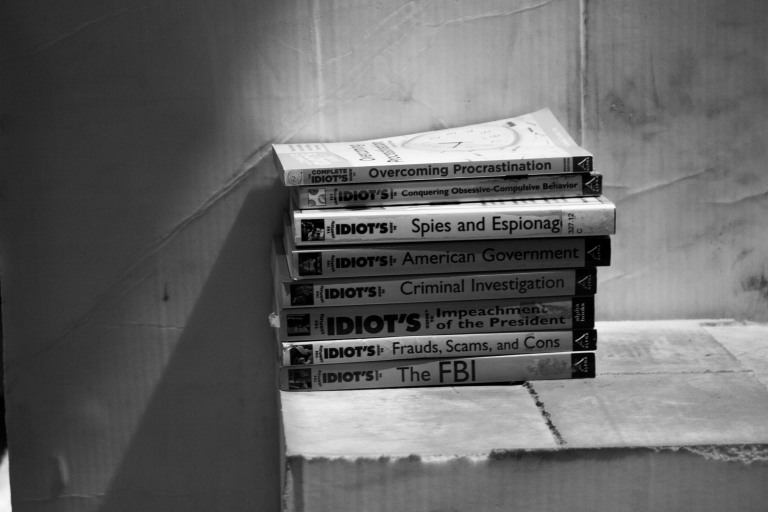 This image was a shot in a piece of work by Carol Rama in an exhibit called “Antibodies”. I saw a reflection of the other frames in the exhibit in this one and figured it would be a nice inception of the sorts.

After the New Museum, we went to the International Center of Photography. The photos displayed really told stories. Here’s a shot of a little machine they had on display. It projected different images every time the lever was pulled. I will admit–it was pretty awesome. I probably would have pulled it 10 times if that were acceptable.

I love the way graffiti and wall art can look so you can anticipate more of that in this post. I like the way all of this layered on top of one another. There’s so much to look at. I wonder whose door this is. 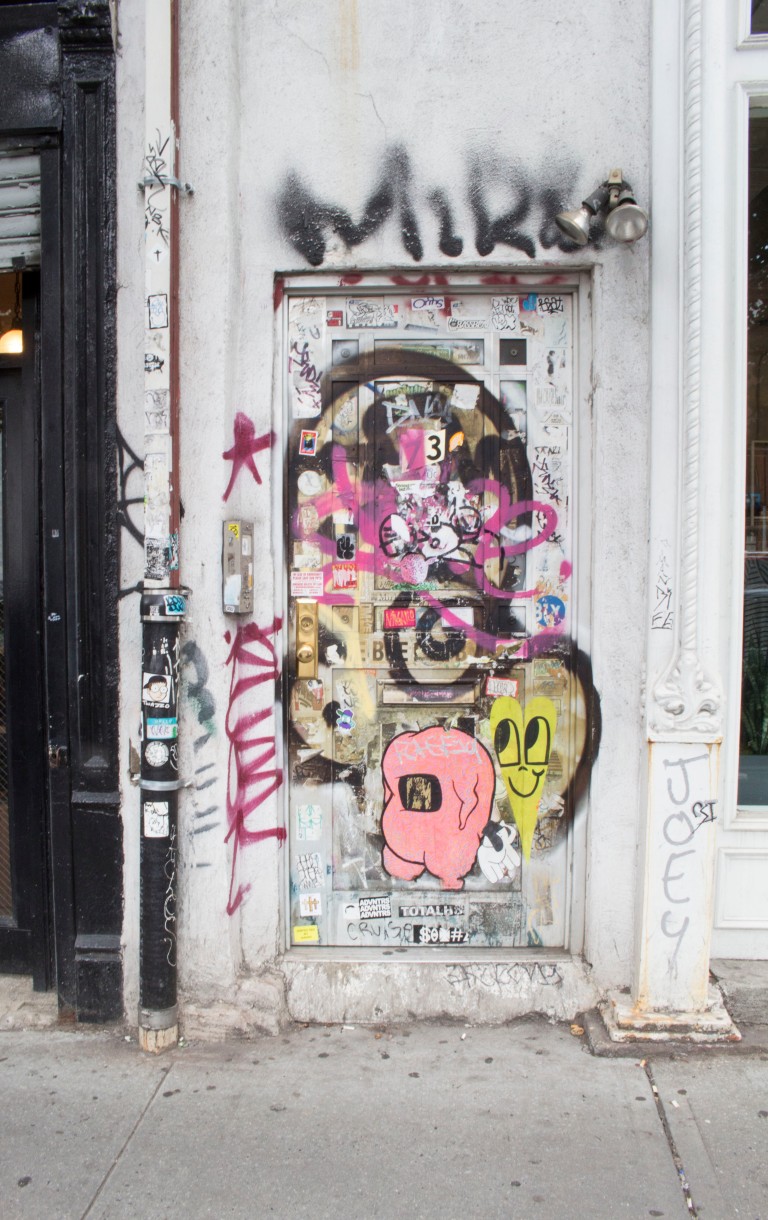 We walked by a cute little antique shop. I saw this little lady in the window and I love the way I saw her while the street was reflected. If you look close enough, you can also see the top of my head.

Below was inside the antique shop. There was a wall of spools of yarn and it was very colorful and almost staged like this. Rather than a display, it looked like a purposeful piece of art/sculpture. 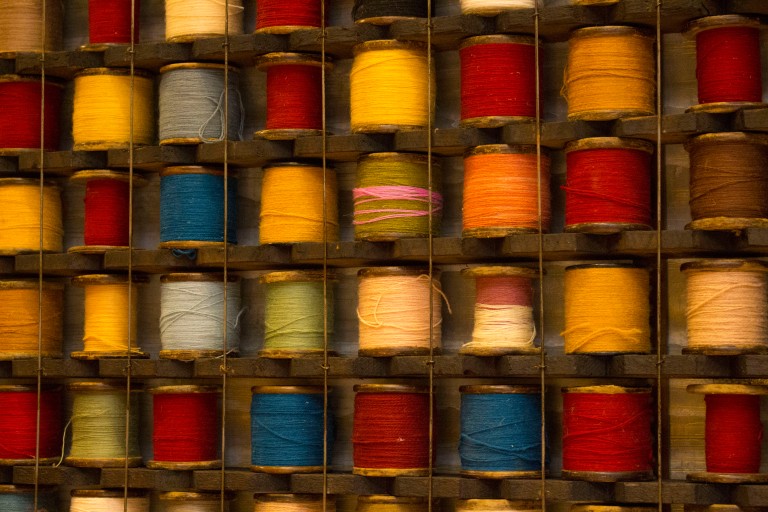 Here’s a shot through the doorway in the antique shop. You can see it’s a bit cluttered, but I think that added an extra cool effect to this place.

When I walked outside the shop, I saw that I missed this in the window. As you can see, these are a bunch of glass eyeballs. I do not know their purpose or why they were in this case, but I guess the mystery is part of what makes it so special and interesting.

If you look back in one of my posts, you may see a similar photo.. scavenger hunt! I find it so interesting when old paint makes this sort of effect. 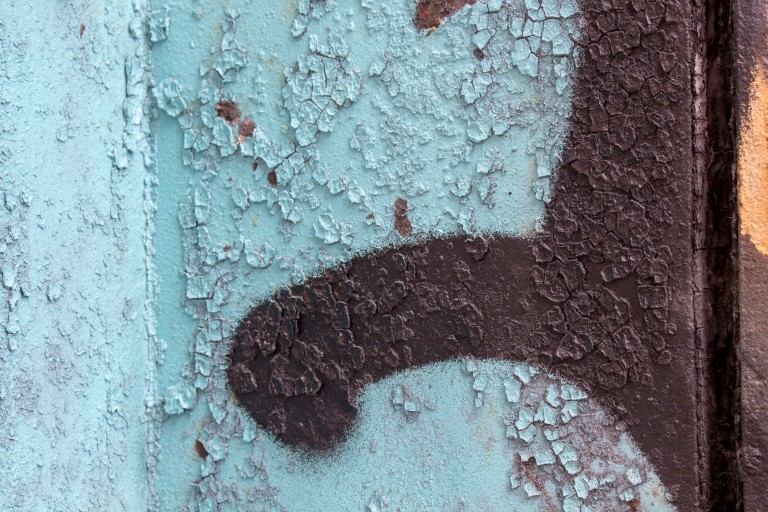 We came across a tiny little park. As you can see, I can see the other end from where I am standing not very far into the park.

Found some shiny water plants floating in a pot. 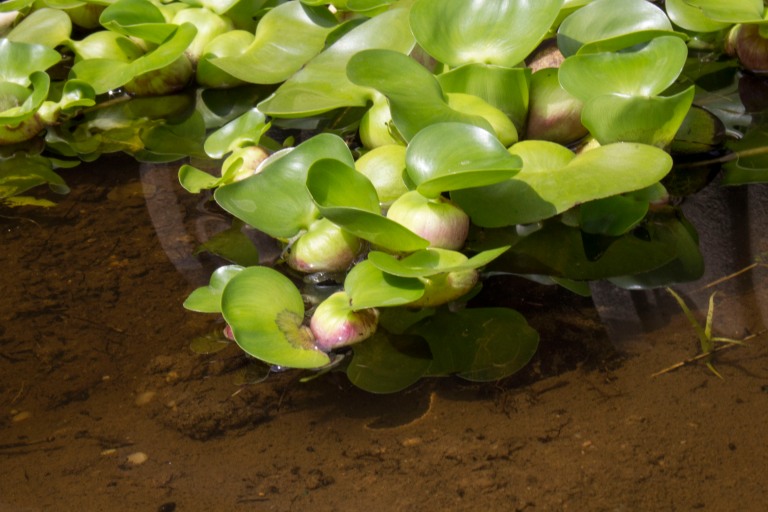 These photos were shot right by/in Little Italy. I love wall art and some of this was really incredible. It’s a nice combination of pop art and classic. “Big City Dreams.”

I saw the same “Park” sign in a different location.

This painting seemed very familiar, not just because I’ve been to Little Italy before, but maybe from somewhere else? I can’t tell if this is Audrey Hepburn or not, but it looks like her. I like how these people are casually sitting around the wall art. It makes for a nice composition. 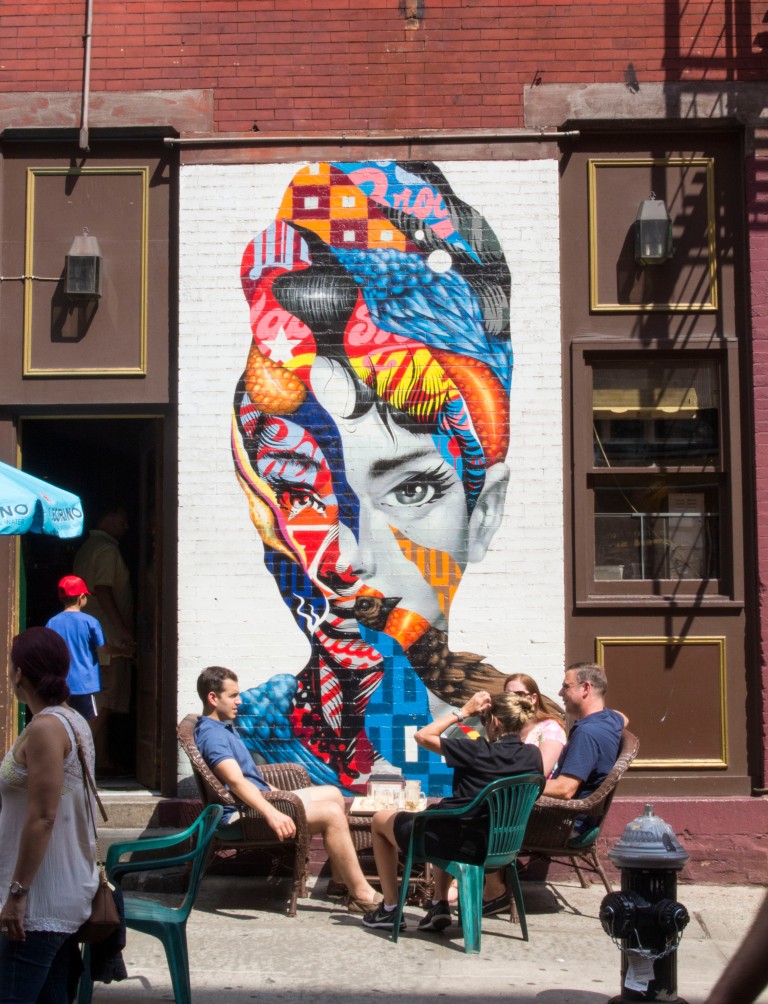 I’m not sure if this was painted or stamped somehow, but it was repeated around the post. 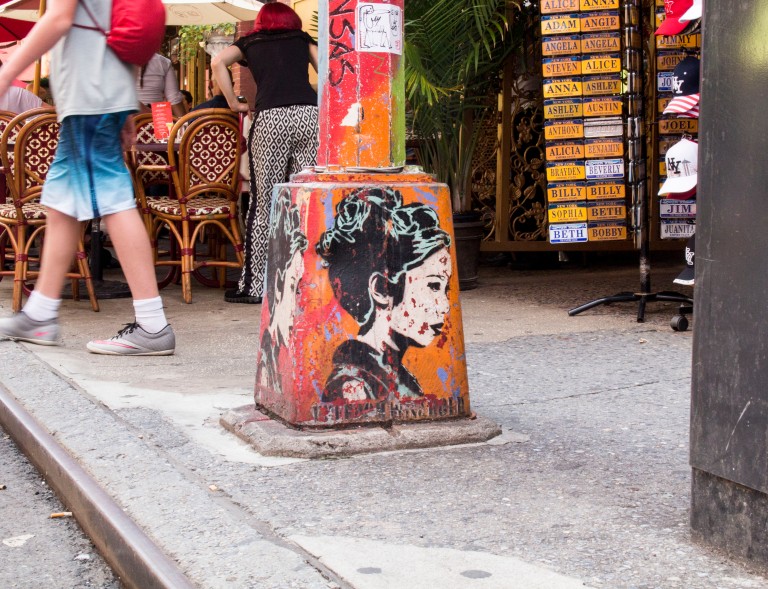 More wall art! The taller one looks like a freehand, random zentangle of the sorts.

We decided to sit and hang out in Bryant Park for a while and the sun was setting through the buildings so it looked polygonal when reflecting onto this building.

On my walk back to Penn Station I took a picture of this puddle, similar to how I did in my previous blog post. 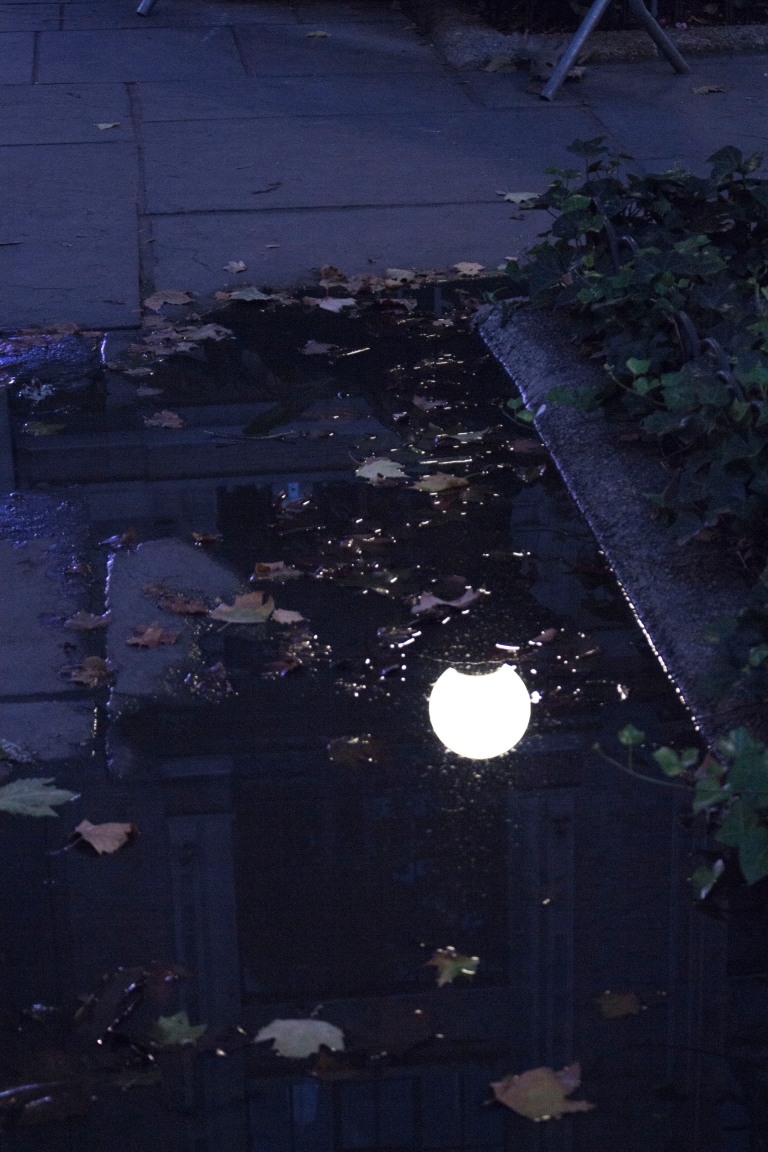 Another cool wall for you. 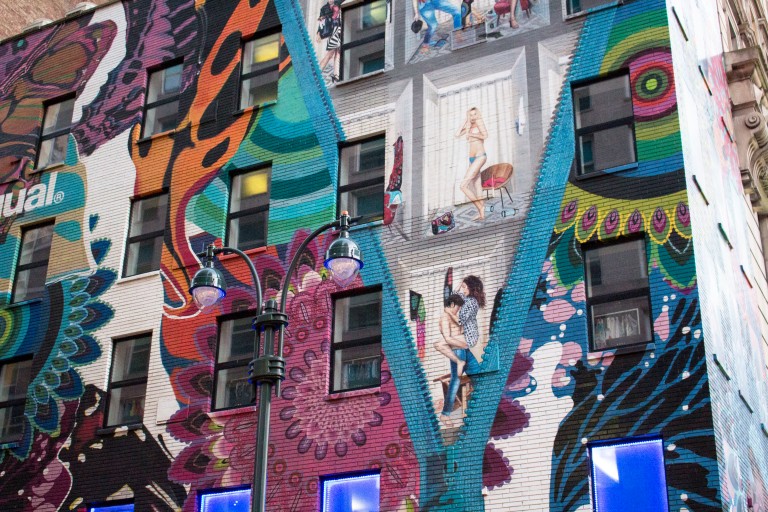 Lastly, this may seem silly, but I just wanted to thank you for reading this post, whether this is your first, second, third, or whatever #th time. Time is a thing we don’t have enough of, but yet you still made some time to view/read something that means a great deal to me. While viewing this post might seem like such a simple act, it is one of thoughtfulness in my mind.. so thank you.

One thought on “Art Is Everywhere”